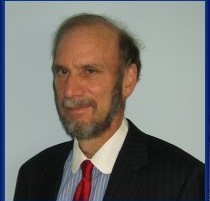 AAA Award Data is updated quarterly by the American Arbitration Association. This analysis of the latest update is provided by Rick Ryder, President of SAC, Inc., and by SAC’s ARBchek – securities arbitration’s first arbitrator evaluation service.

The American Arbitration Association (“AAA”) has been publishing information about individual consumer and employee arbitration Awards since 2004. The AAA disclosures began as a legal requirement, imposed by various states, starting with California and Maryland, but soon, the Association began disclosing the required information about all the relevant Awards, regardless of the hearing location. AAA has also added fields along the way, to enhance the value and completeness of the published data. In this latest quarterly report of AAA’s “Consumer and Employment Arbitration Statistics,” AAA made additional changes to the format of the Report, by adding features that permit a collapsing of the fields for ready column comparisons and re-spacing of column sizes so that print within cells can be more easily read.

The CEAS Report issues quarterly in Excel format with an available “Report Legend” that explains each of the 30-plus fields of provided information. As a caution, one AAA protocol that complicates our analytic efforts to a degree calls for separate accounting for each claimant and respondent in a case, thereby leading to multiple records for a single case and the danger of double-counting. Only a hundred-plus cases overall and only 271 records among the 3,258 records covering the fourth quarter are affected. Of the “Financial Services” cases that went to Award, only one matter in the fourth quarter was affected by these multiple case records; 12 of the “Awarded” cases in all Dispute SubTypes are affected. We’ll deal with this dynamic as we proceed.

For our survey, we gathered statistical results from the Award information published by AAA for the final quarter of 2020. This is the freshest information available from AAA and offers a view of the size of AAA’s consumer and employment programs. From October to December 2020, AAA lists in its public Report 3,258 rows of information concerning more than 3,000 resolved cases. These cases are resolved through various outcomes, including settlements, dismissals, withdrawals and award orders. Unlike FINRA reports, AAA provides case information about each settlement, albeit not the amount of the settlement. Many times, though, the arbitrator has been appointed prior to settlement and her/his name is disclosed in those instances. This is true of all dispositions, an attribute that allows an evaluation of an arbitrator’s total experience at AAA, at least with these types of disputes. The name of the Consumer’s attorney is disclosed in all disposition situations, a fact conducive to “networking” the arbitrator.

The main Types of Dispute listed are “Consumer” and “Employer.” Among the SubTypes of both of those main dispute types is “Financial Services.” Within the 627 case records that are classified as “Financial Services” disputes, 533 are listed as Consumer and the other 94 are called “Employer” cases. Actually, 85 of the 94 “Employer” cases were initiated by the “Employee” party and only the remaining nine by the “Business.” Among the other business groups identified in the case records are “Retail,” “Energy,” “Restaurant/Food,” “New Home,” “Renovation/Addition,” “Automotive,” “Healthcare,” “Telecommunications,” “Construction” and more. We’ll stick to the “Financial Services” category, which makes up about a fifth of the whole.

“Financial services” disputes cover a much wider swath than the disputes we see at FINRA and the “Employment” or “Employer” cases generally include banks, more than broker-dealers and RIAs. All but two of the 533 Consumer case records show the “Consumer” as the initiating party, so AAA, like FINRA, clearly does not serve as a collection arm for the Financial Services industry. Most of the Consumer cases settled, according to the AAA (381/533 or 72%), not dissimilar to what we see in FINRA’s monthly statistical reports. AAA has had a moratorium on live hearings, too, going back to the early months of 2020. The Report indicates that 47 of the 533 “Financial Services” records (510 cases) reflected decisions by the arbitrator, but no indication is given whether the matter was heard telephonically or virtually; a distinction is made between “in-person” and document only matters.

In FINRA’s January 2021 Report, we noted that the percentage of decided cases has now fallen to single digits, versus a more traditional low 20s percentage; when one allows for multiple-record cases, AAA’s decided-case percentage has also fallen to single digits, at least for Financial Services cases involving the public. We found 17 Customer “wins” (Award = >0) among the 45 individual Customer decisions. That left only two “Awarded” matters on the Employer side, within the “Financial Services” category, and they were both “wins” for the initiating Business: one for $32,292 and the other for $315,642.

Reviewing the 45 “Awarded” case records involving Consumers and the Financial Services sector, we found only one instance where an arbitrator served in more than one case. Forty-four arbitrators for 45 cases suggests a staff emphasis on a policy of diversity in appointing neutrals to cases. This serves a number of goals, not the least of which is mitigating perceived arbitrator conflicts with “repeat players” and avoiding scheduling conflicts. It also shows the strength and range of the AAA Commercial Arbitration roster. Eighteen of the 44 arbitrators were women (by name), six were evidently retired judges, and one used an academic prefix (“Professor”). Almost all of the listed neutrals displayed an “Esq.” or “JD” after their names. AAA remains tied to a recruiting practice that favors lawyers, it seems; and in this way, its roster differs dramatically in philosophy and policy from the FINRA neutral roster. That approach by AAA also promises different dynamics in the pre-hearing management and hearing sides of the case.

The dollar-size of the claims by consumers were all over the lot. Most were small — 33 would merit small claims treatment at FINRA — but some asked six digits and several fell into the $1 – $3 million frame. Arbitrator fees were commonly either $1,500 or $2,500, with a handful in the $6,000 – $13,000 category. Virtually all were charged to the Business, no matter what the outcome. The awarded amounts for the 17 “wins” generally fell under $12,000; United Capital was the respondent in the second largest “Awarded” case, where a claim of $318,392 by the Consumer resulted in an award of $266,102. PayPal incurred the largest Consumer award in the “Financial Services” category: $1.5 million on a claim of the same amount.

The Full Year at AAA

More than 11,000 customer and employer matters were processed at AAA during the full length of 2020. We estimate there were about 500 “duplicate” or multiple records, so let’s say results in some 10,600 cases from 2020 have been disclosed through the quarterly reports. More than 2,000 of those cases fall into the “Financial Services” category and the dispositions pretty much align with the dispositions for all cases generally. In other words, about 70-75% of the cases settled and approximately 10% or less were decided by arbitrators. We tallied 188 Financial Service Awards: 171 Consumer Awards and 17 Employer Awards. By our count, 69 of the 171 Consumer Awards resulted in a monetary award for the customer — a 40% “win” rate. The total amount awarded tallied $2.6 million — an average award of about $37.000. There were only six wins among the 17 Awards on the Employer side; the largest monetary award was assessed against Athene Asset Management — a $1 million claim that drew an award of $169,605. For the year as a whole, turnaround time for the “Financial Services” cases averaged 228 days; those that went the distance and resulted in an award took 310 days on average.

(R. Ryder: *Take a look for yourself at AAA’s Consumer Arbitration Statistics. While the majority of the cases involve non-securities disputes, considerable arbitrator overlap exists between FINRA and AAA, making this an excellent secondary source of arbitral activity when performing FINRA arbitrator evaluations. Checking for AAA Awards is a great way to evaluate a candidate who has no FINRA Awards. **Kudos to AAA staff for recognizing that parties use this valuable Award information to review arbitrator Award histories; these recent improvements to the Report reflect that concern. ***Securities arbitration disputants are making greater use of the AAA forum, especially in the case of RIAs and those locked in employment controversies. ***The downloadable Report contains data for five years; SAC has the earlier reports on file going back to 2005 and provides Arbitrator Summary Reports in both Excel and PDF formats for a very low fee.)