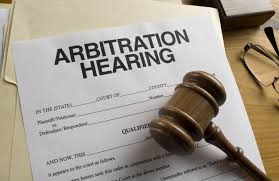 Arbitrators have an affirmative duty to reveal potential conflicts of interest, especially when such a disclosure is expressly required by the forum in which they serve, and may taint the entire panel via inadequate disclosures.

That was the lesson in Charles Schwab & Co., Inc. v. Guerrero, No. 21-2-05414-1-SEA (Wash. Super. Ct., Kings Cty., Oct. 26, 2021), where the single arbitrator on a three-member panel failed to disclose her history as a securities fraud plaintiff. This resulted in the vacatur of an award, despite FINRA’s mid-case recusal of the offender.

The Dispute, Recusal and Award

The underlying arbitration claim was brought by a group of 26 customers against two broker-dealers, Charles Schwab and Interactive Brokers LLC, alleging unsuitability, breach of the Washington Consumer Protection Act and Washington State Securities Act, and other causes of action. The Award in Apt v. Charles Schwab & Co., Inc., FINRA ID No. 19-03250 (Seattle, WA, Mar. 26, 2021), contained little information on the facts of the case or procedural history. However, the respondents’ Petitions to Vacate (which are the only pleadings we have seen) agree on certain points: 1) respondents were merely custodians of the claimants’ accounts, which were managed by an unrelated investment advisor; 2) the case was bifurcated, with an initial hearing on the sole issue of liability; and 3) the original panel ruled in favor of claimants on that issue. The Petitions further allege that they discovered for the first time after the liability finding that one of the arbitrators on the panel, Pamela Bridgen, failed to disclose that she was a plaintiff in two securities fraud cases that were similar to the one she was hearing, and that she held an account with a broker-dealer acquired by Schwab.

Both respondents demanded the recusal of all panelists, but all three refused. FINRA then recused only Ms. Bridgen, replacing her with a new arbitrator. The revised panel then took evidence on the issue of damages and the two retained arbitrators awarded the claimants a total of $3,333,482.35 in compensatory damages, plus interest, and $1,312,475.98 in attorney fees. The replacement arbitrator dissented, and no Panel member offered even a word of explanation for their respective decisions.

Both respondents filed in Washington Superior Court (the court of first instance) petitions to vacate the award on the ground of evident partiality. The Court agrees, explaining: “Ms. Bridgen’s failure to disclose her involvement in a factually similar securities-related dispute (and related bankruptcy litigation) was fatal to her ability to serve as a neutral decision-maker. FINRA recognized this failing, and removed Ms. Bridgen from the arbitration panel. The question before the Court is not whether Ms. Bridgen’s participation caused evident partiality, but whether the remedy imposed by FINRA was sufficient. The Court concludes that it was not. ‘A finding of evident partiality in one arbitrator generally requires vacatur of the arbitration award.’ Schmitz v. Zelveti, 20 F.3d 1043, 1049 (9th Cir. 1994). The fact that the arbitrator who substituted in for Ms. Bridgen dissented from the remaining panelists is not dispositive of the issue of prejudice, but is instructive. See Id. (noting that a tainted panel is reasonably inferred ‘when the other panel members vote with the evidently partial arbitrator.’).” The Schmitz court reasoned that arbitration panelists reach a decision after a joint decision, giving the tainted arbitrator “an opportunity to persuade the others.”

Did Respondents Wait Too Long to Object?

The other issue is whether respondents waived their objections by waiting until after the liability ruling. While agreeing “that the timing of the objection is suspect,” the Court excuses the delay: “Unlike many of the cases cited by Defendants, Ms. Bridgen did not leave a trail of clues that Plaintiffs should have been expected to follow. She was not selected by the opposing party, and therefore presumed to be possibly aligned with that party. The Court does not find that Plaintiffs were on constructive notice of Ms. Bridgen’s bias. Although Plaintiffs raised the issue of bias after a significant portion of their case had been litigated, they did not raise the issue for the first time after arbitration concluded.” Although the Court does not order a remand, the case will presumably be heard again before a new FINRA panel.

(ed: *An Alert h/t to Peter Boutin, Esq. of Keesal Young & Logan, Los Angeles, CA, for bringing this case to our attention and providing us with the Court’s Opinion and Petitions to Vacate. Mr. Boutin’s firm represented Charles Schwab in the underlying arbitration and vacatur proceeding. **We can provide the aforementioned documents to interested subscribers upon request. Email us at Help@SecArbAlert.com to order. ***This Squib was prepared by Harry A. Jacobowitz, President of HAJ Research and Writing LLC. Mr. Jacobowitz, a member of the Pennsylvania bar, and his firm perform legal research and writing for attorneys and handle substantive searches of SAC’s Award database. He can be contacted at harryjacobowitz@optimum.net. ****Claimants reportedly sued the errant investment advisor in court, presumably because FINRA did not have jurisdiction over it. *****Was there any way the arbitrators could have salvaged their award? Probably not, given the Court’s adoption of the Schmitz standard, which cited no exceptions potentially applicable to the Apt Award. However, FINRA’s need to step in to recuse Ms. Bridgen, the remaining arbitrators’ failure to offer a persuasive explanation of their decision, and, of course, the “untainted” arbitrator’s dissent, did not help.