“SCOTUS’ Support for Arbitration Will Continue Unabated” – Really this Time

Chairman of the Board – Arbitration Resolution Services

This blog post’s title reflects one of my annual ADR predictions. I said it again in December when I blogged Consumer and Employment Arbitration – Six Things to Look for in 2017. In fact, if you held a reunion of my Fordham Law School classes going back the 21 years I’ve been teaching arbitration, my students would say “He predicts that every year!

On May 15, the Supreme Court ruled 7 – 1 in Kindred Nursing Centers v. Clark, No. 16-32 that a Kentucky rule of law requiring that a power of attorney specifically authorize agreements to arbitrate was preempted by the Federal Arbitration Act (“FAA”). That outcome, complete with Justice Thomas’ usual dissent based on his long-held belief that the FAA does not apply in state courts, was no surprise. But I suggest that the major news out of Kindred is not the expected preemption holding. What’s being overlooked in my view is the Court’s expansion of FAA preemption to state law on arbitration contract formation, in addition to contract enforcement. Up to now, the commonly-held perception was that the states held sway on contract formation questions. No longer.

A Primer on FAA Preemption

A core element of SCOTUS’ support for predispute arbitration agreements (“PDAA”) is the so-called separability doctrine, which holds that, under the Federal Arbitration Act , 9 U.S.C. §§ 1 et seq., a PDAA is a separate contract from the one in which it is embedded, and must be on “equal footing” with any other contract. Section 2 of the FAA provides that a PDAA must be enforced “save upon such grounds as exist in law or in equity for the revocation of any contract.” The issue of how far states can go in applying the “revocation of any contract” language in section 2 came to a head in AT&T Mobility, LLC v. Concepcion, 563 U.S. 321 (2011). There, SCOTUS invalidated a California rule of law because it singled out PDAAs for suspect, disparate, burdensome treatment.  Said the Court, “Although [FAA] § 2’s saving clause preserves generally applicable contract defenses, nothing in it suggests an intent to preserve state-law rules that stand as an obstacle to the accomplishment of the FAA’s objectives.” After Concepcion, the bottom line on FAA preemption of state law on arbitration was this: consistent with FAA § 2, states may refuse to enforce PDAAs based on laws applicable to contracts in general, as long as they don’t single out PDAAs for burdensome or negative treatment.

Following Concepcion both state and federal courts – even in California – seemed to have gotten the Supreme Court’s memo that the FAA generally preempts state laws that impinge on enforcing arbitration agreements. But given that PDAAs must be enforced like any other contract, and we look to state law on contract formation, state courts explored the limits of this apparent Concepcion loophole. In other words, while Concepcion barred state laws negatively impacting on PDAA enforcement, it appeared that state laws on contact formation could be used to invalidate PDAAs as long as arbitration contracts weren’t singled out for negative treatment. How? Section 2 of the FAA allows a court to invalidate a PDAA “… upon such grounds as exist at law or in equity for the revocation of any contract,” so the key factor is whether the state law applies to contracts in general (permitted) or arbitration clauses in particular (forbidden). Here are some examples:

The Court ruled 7-1 that the Kentucky rule of law was preempted by the FAA.

As for what’s on tap case wise for SCOTUS we should remember that the Court in late October granted certiorari in another Federal Arbitration Act preemption case, this one involving an arbitration agreement in a nursing home admission agreement signed by an attorney-in-fact… I predict that SCOTUS will reaffirm the preemptive effect of the FAA over state laws limiting arbitration.

Writing for the majority, Justice Kagan relies heavily on Concepcion: “The Kentucky Supreme Court’s clear-statement rule, in just that way, fails to put arbitration agreements on an equal plane with other contracts… And so it was that the court did exactly what Concepcion barred: adopt a legal rule hinging on the primary characteristic of an arbitration agreement — namely, a waiver of the right to go to court and receive a jury trial… Such a rule is too tailor-made to arbitration agreements — subjecting them, by virtue of their defining trait, to uncommon barriers — to survive the FAA’s edict against singling out those contracts for disfavored treatment.”

But Don’t Overlook this Part

Justice Kagan also rejected the argument that the FAA’s preemptive reach did not impact contract formation issues. “Both the FAA’s text and our case law interpreting it say

otherwise… By its terms, then, the Act cares not only about the ‘enforce[ment]’ of arbitration agreements, but also about their initial ‘valid[ity]’ — that is, about what it takes to enter into them. Or said otherwise: A rule selectively finding arbitration contracts invalid because improperly formed fares no better under the Act than a rule selectively refusing to enforce those agreements once properly made” (brackets in original).

And still more: Adopting the respondents’ view would make it trivially easy for States to undermine the Act — indeed, to wholly defeat it. As the respondents have acknowledged, their reasoning would allow States to pronounce any attorney-in-fact incapable of signing an arbitration agreement—even if a power of attorney specifically authorized her to do so… (After all, such a rule would speak to only the contract’s formation.) And why stop there?  If the respondents were right, States could just as easily declare everyone incompetent to sign arbitration agreements. (That rule too would address only formation.) The FAA would then mean nothing at all — its provisions rendered helpless to prevent even the most blatant discrimination against arbitration (emphasis in original).

The “Concepcion Loophole” is Just About Gone

In my view, SCOTUS has extended the Concepcion rule in two ways. First, the FAA now preempts not only a state’s legal rule or statute that on its face discriminates against arbitration, but also laws that in practical terms attack, in Justice Kagan’s words, “the primary characteristic of an arbitration agreement — namely, a waiver of the right to go to court and receive a jury trial.” Second, the FAA does not leave contract-formation issues to the states unfettered. What does this mean going forward? I view Kindred as leaving the states very little room to disadvantage arbitration agreements. What’s left for the states under the FAA is invalidation of PDAAs where a state law or rule of law on its face truly applies to any contract, AND does not negatively impact arbitration OR in practical application single out arbitration for negative treatment. That’s a very tough standard.

I predict will see a bunch of “CGVR&RCW__” rulings from SCOTUS. What’s that? “Certiorari Granted. Vacated, Reversed and Remanded Consistent with …” We’ve seen these a few times already: See, for example, Summary Order in Ritz-Carlton Development v. Narayan, Krishna et al., Nos. 15-378, 379 and 406 (2015), where the Court stated: “The petitions for writs of certiorari are granted. The Judgments are vacated, and the cases are remanded to the Supreme Court of Hawaii for further consideration in light of DIRECTV, Inc. v. Imburgia, 577 U. S. ___ (2015).” The Court did the same thing in Schumacher Homes, Inc. v. Spencer, No. 15-316 (2016), using the same language.

I may be so bold, I think given another chance the Supreme Court will revisit Atalese. I was frankly surprised when the Court denied cert. Why did I think SCOTUS would take up the case?  Because despite the New Jersey Supreme Court’s efforts to square its holding with the FAA, it sure seemed like PDAAs were being treated in a disparate fashion from contracts in general — a Concepcion preemption red flag. How so? Because the Atalese Court was creating a new requirement for PDAA creation not contained in the FAA – that they expressly state that the right to a court trial is being waived.

Back to my perennial prediction: “SCOTUS’ Support for Arbitration Will Continue Unabated” 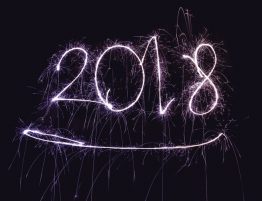 By George H. Friedman*   I blogged recently about how well I did on my… 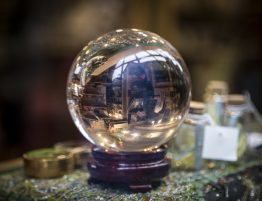 By George H. Friedman* Chairman of the Board – Arbitration Resolution Service Toward the end…

Richard, Here’s Another Nice Mess You’ve Gotten Us Into By George H. Friedman* Chairman of… 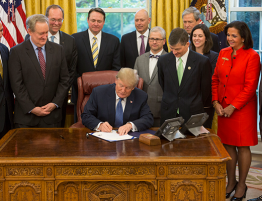